Why and When to change a name after Marriage 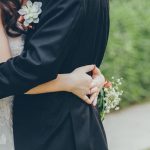 How to change name with the ATO
January 8, 2021 by Joseph in Marriage

NamesPlus continually reviews articles about changing a name. Below are some extracts and quotes from articles we have read and we listed some of the key sources of information at the end if you want to review further.

A quick look at the academics’ view

Laurie Scheuble, a sociologist at Penn State University said that: Perhaps the most salient reason for why women by and large change their last names upon marrying a man: It’s what we’re used to.

Head of women’s studies Associate Professor Yvonne Corcoran-Nantes said as well as most women taking their husband’s name after marriage, up to 96 per cent of children were given their father’s name.

Some extracts from articles

It took me a good year and a half after getting married but I changed my name. I always thought I’d be like 100000% change straight away, but it took me a while to separate myself from my old last name, I felt like I was losing a part of myself a little bit? I went ahead with the change because a) I like being part of a ‘unit’ – having the same name as my husband makes me feel like I’m part of our own little family (even though there’s just the two of us) b) I’d want to have the same last name any kids I have in future c) Much easier for travelling when you’ve got the same name as what the hotel room is booked under (had a few average experiences there).

It could easily have gone the other way, where my husband gave up his name and became a Holgate. Or we could both have hyphenated surnames (although Holgate-Delbridge does seem like way too many syllables). Or we could have meshed, and become Bridgegate. But that’s not what we have decided.

I worry that people will think that I’ve changed my name because it’s just what you’re meant to do. I don’t think that’s true, and it’s certainly not true for me.

I know next to nothing about marriage, but I am getting the sense that it’s only going to work if we are both willing to sacrifice things we want for the good of the other. I want to serve our family in this way, and it’s both scary and exciting.

“I decided to keep my maiden name because it is a part of my identity and personal brand. Also, my first name with his surname would make for an ugly signature, but mostly for the first part!.”

Reasons to change but not everywhere

“I earned my degree under my maiden name, registered in my profession and still work under my maiden name. In all other aspects of my life I have taken on my husband’s name. I kept my signature the same for both names though so I only have to concentrate on which name I need to print after it – still trips me up occasionally and it’s been nearly six years.”

I kept my name publicly, but changed it privately

Not sure whether to change

I have to engage with a dozen or more ever-changing healthcare providers for my kid and having a different surname is a slight annoyance multiplied by five to six weekly interactions with reception staff. Spelling out both of our names is minor but, geez, it’d be one small but significant thing taken off my plate. I’ve no intention of changing my name but can totally see how others would feel it’s the best choice for them.

Maybe the men change their name

A few men take their wives’ name: What is clear is that for these men, the decision to take on their wives’ names is more nuanced than just protesting against patriarchal systems or responding to their wife’s choice to keep her own name – albeit one from her father. “People get roped into traditions that don’t always make much sense.” Now, there is a lot more tolerance and understanding of the fact that people should be free to make their own decisions.”

Follow the link for more information on Name Change After Marriage

We believe that changing your name starts with a conversation.

Click here to return to our home page and make an appointment to speak with us.

The consultation is free and there are no obligations. We don’t bite and are quite friendly!

6 options for changing your name after the wedding – ABC

Meet the men who have taken their wives surnames – Guardian

Change your name after getting married – Vogue

How to change name on your driver’s licence

How to change name with Medicare

How to change name on your driver’s licence

How to change name with Medicare

How to change name with the ATO